The Avery Dennison Foundation's Commitment to The Natural Step 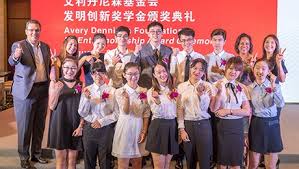 Alicia Procello Maddox is the president of Glendale, California’s Avery Dennison Foundation, a global leader in the label and graphic materials industry. In her leadership position with the company, Alicia Procello Maddox manages both business activities and the organization’s various environmental interests.As an industry leader, the Avery Dennison Foundation recognizes the importance of establishing effective, environmentally sound production processes for label and graphic materials creation. To this end, Avery Dennison has established four key principles, known as The Natural Step, in order to better inform green business practices in the future.The first of the four key principles states that a company should never extract earthly materials at a rate faster than they can be replenished. This concept serves both the planet and the business by minimizing the risk of overworking a specific production resource. Similarly, The Natural Step advises companies to avoid destroying environments at a rate faster than the planet can regrow them.The Natural Step further encourages business leaders to cease the production of items and materials at a rate that exceeds the time in which nature can break these products down. Lastly, environmentally conscious businesses must preserve the basic rights of local peoples. In other words, businesses should refrain from overworking a natural environment to the point that people in the area can no longer comfortably live and thrive. These four steps are key components in the Avery Dennison Foundation’s plan to significantly expand sustainable business practices by 2025.
Posted by Alicia Procello Maddox at 9:52 PM No comments: