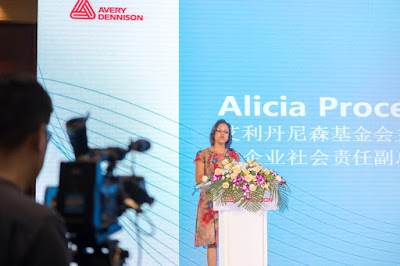 Alicia Procello Maddox, is the president of corporate responsibility for one of the US’ most successful corporations. As she functions in corporate responsibility, Ms. Procello Maddox encounters many green initiatives, developing all around the world. From small-scale sustainable farming practices in the countryside of Peru, to the larger scale efforts to end global warming and the world’s footprint.


However as with any major cause that affects the livelihood of millions, there are some who are taking this idea of environmentalism to an extreme level and it’s very easy to get to that place. Alicia Procello Maddox has seen it many times in the corporate world, people often start off with the best of intentions, yet with some small level of success things change and they begin to crave more and more power. Groups around the world are turning to extreme environmentalism, to get their point across. Most of these groups began with peaceful protests but either successes or failures in the face of those they feel are in charge, have led them down a path of radicalism. Alicia Maddox has dealt with environmental groups who will go so far as to hurt people and commit violent acts in order to get their point across. What these groups do not understand is the fact that most of these goals will be achieved through non-violence as opposed to violent acts, if they simply keep the fight going for an extended period of time. Most of these groups will simply hurt people and have their causes looked down upon. In actuality violent acts will cause people to see their initiative as an issue to be swept under the rug, rather than heard.
Posted by Alicia Procello Maddox at 11:13 PM