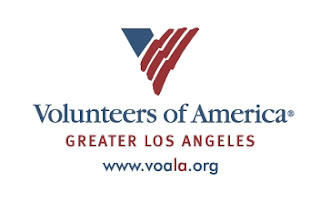 Since 2009, Alicia Procello Maddox has served as president of the Avery Dennison Foundation, which cooperates with nonprofit organizations to advance education and sustainability initiatives. Outside of her professional pursuits, Alicia Procello Maddox is on the board of directors of Volunteers of America Los Angeles (VOALA).VOALA serves people across LA through a variety of programs and services. The nonprofit focuses on the areas of education, literacy, and health to provide ongoing support from pre-K through early adulthood and beyond.Los Angeles children 5 and under can benefit from VOALA’s preschool, head start, and early head start programs. Offered throughout Los Angeles County, these programs support children’s physical health and their emotional, social, and cognitive growth. Alongside its work in early education, VOALA offers supportive services such as childcare for low-income families and caregiver support for parents of children with developmental disabilities. As children move into adolescence, VOALA continues to support their development through various education and empowerment programs. To help students complete high school and enroll in postsecondary institutions, VOALA offers Upward Bound and Educational Talent Search programs, which provide after-school academic help and test preparation for the PSAT, SAT, and ACT. VOALA’s other youth initiatives are directed toward homelessness, gang prevention, and mentorship. For more information about VOALA’s programs for children, youth, and adults, visit www.voala.org.
Posted by Alicia Procello Maddox at 9:23 PM